No, this isn't a dating guide for the romantic Java developer, but an introduction to the singleton design pattern.

For those who haven't heard of design patterns before, or who are familiar with the term but not its meaning, a design pattern is a template for software development. The purpose of the template is to define a particular behavior or technique that can be used as a building block for the construction of software - to solve universal problems that commonly face developers. Think of design code as a way of passing on some nifty piece of advice, just like your mother used to give. "Never wear your socks for more than one day" might be an old family adage, passed down from generation to generation. It's common sense solutions that are passed on to others. Consider a design pattern as a useful piece of advice for designing software.

So why would this be useful? Often in designing a system, we want to control how an object is used, and prevent others (ourselves included) from making copies of it or creating new instances. For example, a central configuration object that stores setup information should have one and one only instance - a global copy accessible from any part of the application, including any threads that are running. Creating a new configuration object and using it would be fairly useless, as other parts of the application might be looking at the old configuration object, and changes to application settings wouldn't always be acted upon. I'm sure you can think of a other situations where a singleton would be useful - perhaps you've even used one before without giving it a name. It's a common enough design criteria (not used everyday, but you'll come across it from time to time). The singleton pattern can be applied in any language, but since we're all Java programmers here (if you're not, shame!) let's look at how to implement the pattern using Java.
Preventing direct instantiation

We all know how objects are instantiated right? Maybe not everyone? Let's go through a quick refresher.

We'll start with the class definition, for a SingletonObject class. Next, we provide a default constructor that is marked as private. No actual code needs to be written, but you're free to add some initialization code if you'd like.

We need to provide an accessor method, that returns an instance of the SingletonObject class but doesn't allow more than one copy to be accessed. We can manually instantiate an object, but we need to keep a reference to the singleton so that subsequent calls to the accessor method can return the singleton (rather than creating a new one). To do this, provide a public static method called getSingletonObject(), and store a copy of the singleton in a private member variable.

So far, so good. When first called, the getSingletonObject() method creates a singleton instance, assigns it to a member variable, and returns the singleton. Subsequent calls will return the same singleton, and all is well with the world. You could extend the functionality of the singleton object by adding new methods, to perform the types of tasks your singleton needs. So the singleton is done, right? Well almost.....
Preventing thread problems with your singleton

Are we finished yet?

There, finished. A singleton object that guarantees one instance of the class, and never more than one. Right? Well.... not quite. Where there's a will, there's a way - it is still possible to evade all our defensive programming and create more than one instance of the singleton class defined above. Here's where most articles on singletons fall down, because they forget about cloning. Examine the following code snippet, which clones a singleton object.

Okay, we're cheating a little here. There isn't a clone() method defined in SingletonObject, but there is in the java.lang.Object class which it is inherited from. By default, the clone() method is marked as protected, but if your SingletonObject extends another class that does support cloning, it is possible to violate the design principles of the singleton. So, to be absolutely positively 100% certain that a singleton really is a singleton, we must add a clone() method of our own, and throw a CloneNotSupportedException if anyone dares try!

Here's the final source code for a SingletonObject, which you can use as a template for your own singletons.

A singleton is an class that can be instantiated once, and only once. This is a fairly unique property, but useful in a wide range of object designs. Creating an implementation of the singleton pattern is fairly straightforward - simple block off access to all constructors, provide a static method for getting an instance of the singleton, and prevent cloning. 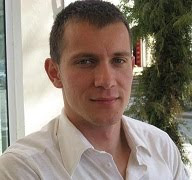